Visual reinterpretation of the book “The Hitchhiker’s Guide to the Galaxy” written by Douglas Adams.

The ‘Redesign H2G2’ project aims at reinventing the visual communication of the printed book introducing graphic elements with an interactive approach that support the concepts contained in the book.

To communicate through a text we cannot consider the text content only. In fact, communication goes way beyond the convey of information through content. A book that embed visual, tactile and formal aspects in the communication can add value to the reading not only on an aesthetic point of view but also on the experiential one. The visual book has the purpose of following the readers in their journey adding a visual path to the written text that support them in the understanding and processing of the message.

The Hitchhiker’s Guide to the Galaxy

The H2G2 is the first book of a comedy science fiction series created by Douglas Adams. To read The Hitchhiker’s Guide to the Galaxy is to step into the garden shed of a maverick genius while he’s out, to discover what ideas he has left lying around. But it is also as though Douglas Adams is speaking to you personally, gently, as he guides you through a perplexing world, assuring you “Don’t panic”.

This is the story of the two human beings who survive the Earth’s senseless destruction, and their adventures in space and time while attempting to discover the meaning of life or, in Arthur Dent, the main protagonist’s case, simply find a decent cup of tea (something which can sometimes constitute the same thing). 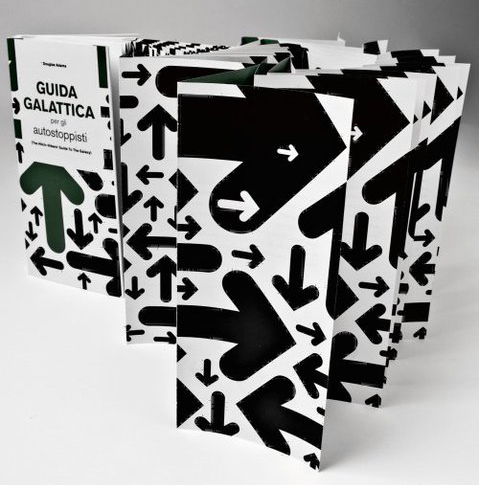 The book embed 10 foldable pages of information with a progressive graphic path shown step by step. The page coincide with the parts o the boo where, instead of the author, is the Guide that “speaks”.

The hierarchical organization of information creates a functional informative system together with the signage system, guides the reader through the nonsense story described by Adams. 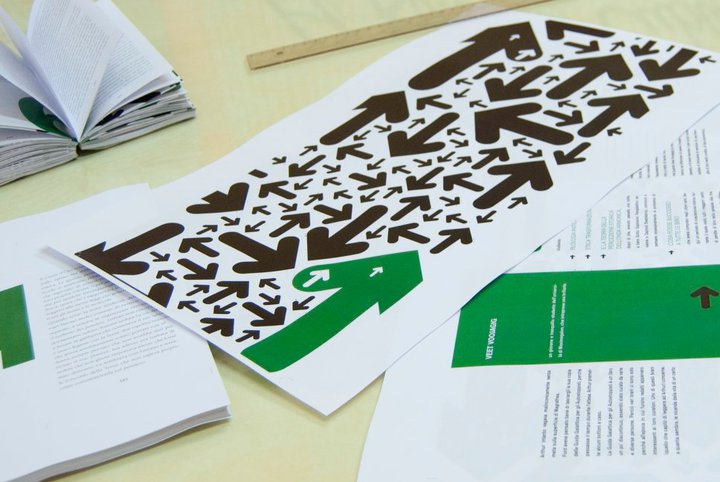 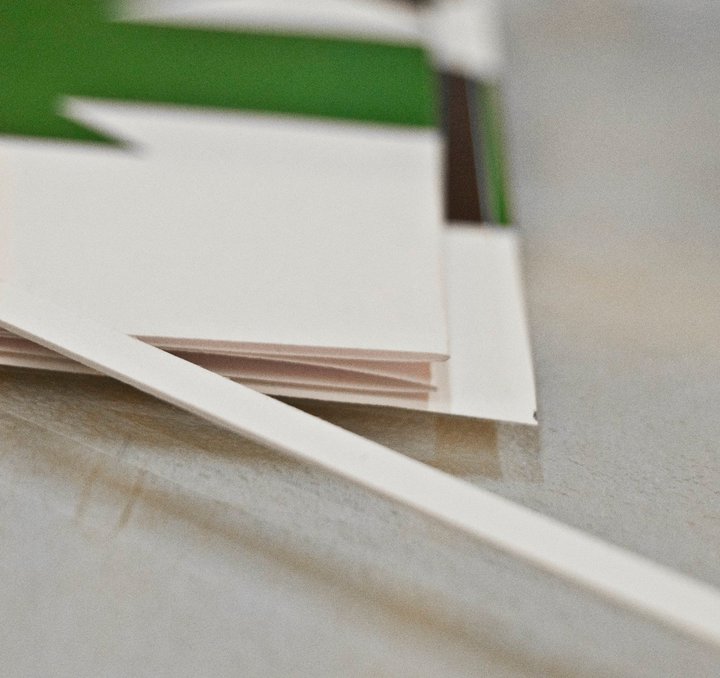 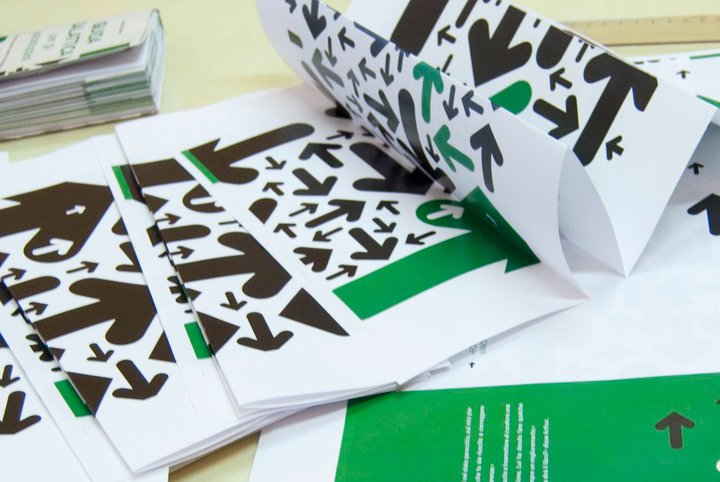 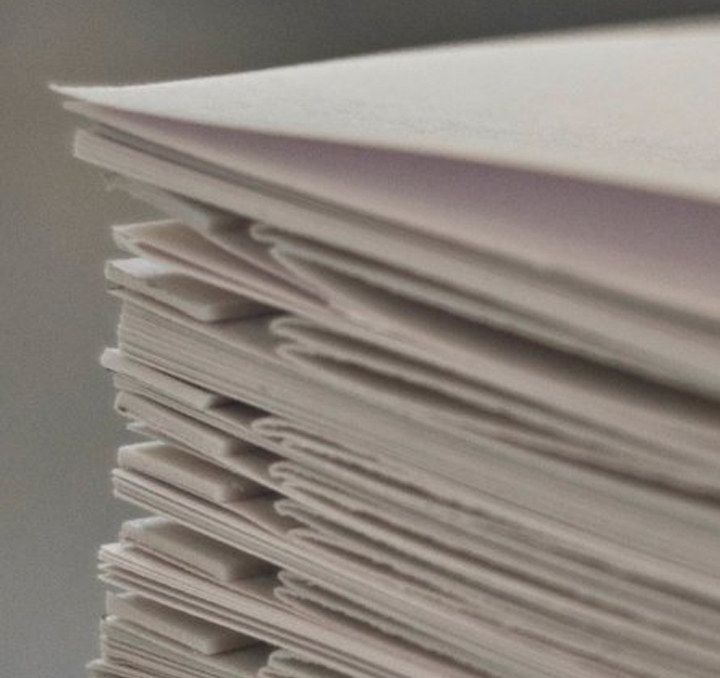